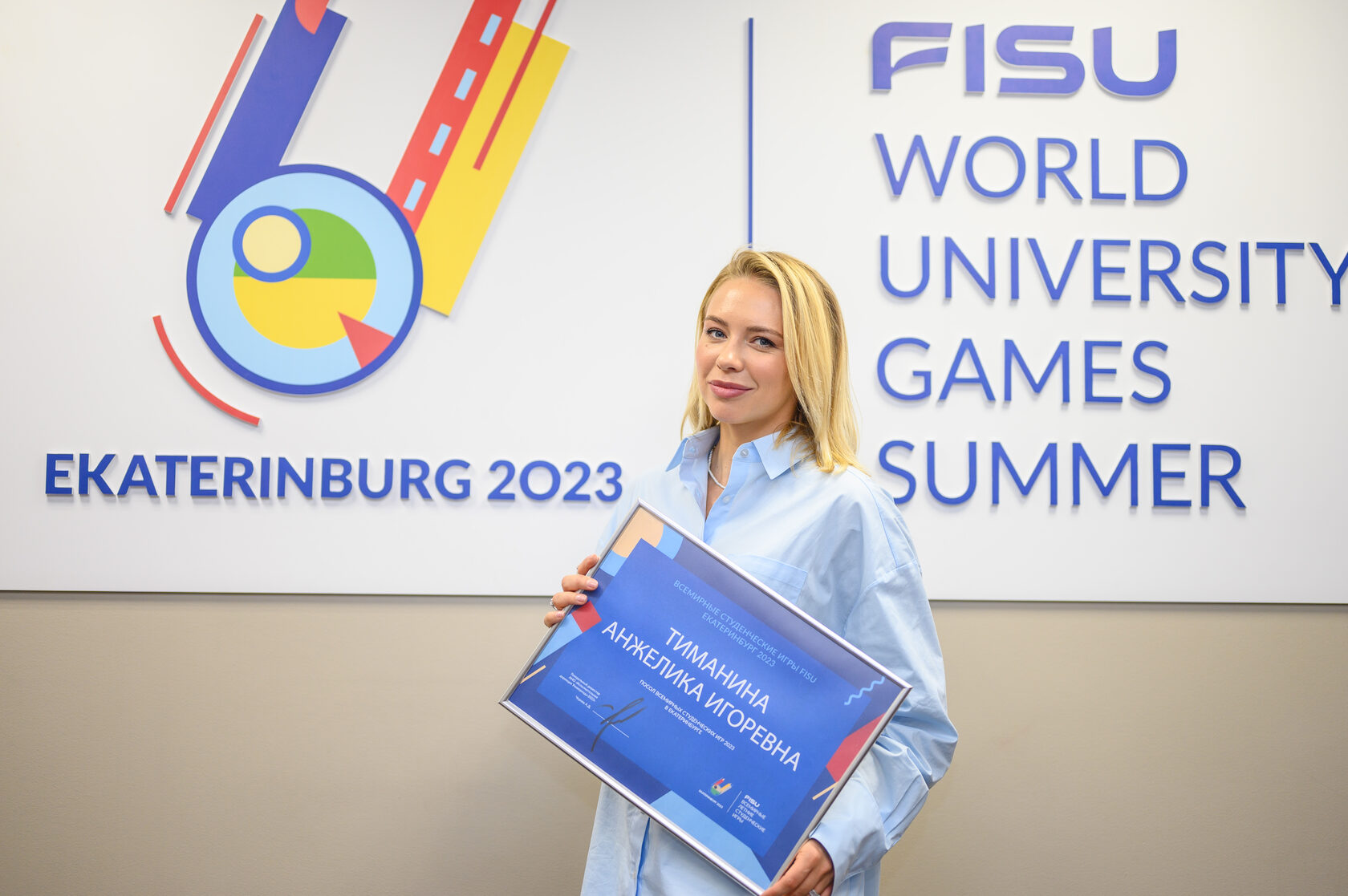 This was revealed as part of the All-Russian graduation ceremony that was held online this year.

The Olympic champion in synchronized swimming, who these days represents Russia as part of its national surfing team, has congratulated the graduates in a special video message. In her speech, the athlete wished the future students to not be content with simply striving for and achieving their goals but always trying something new.

The congratulation was prepared by the organizers of the Games. The head of the Directorate, Alexander Chernov, greeted Angelika Timanina in the capacity of the ambassador on their behalf. The athlete thanked the organizers for the opportunity to represent her native city and country on such a large sporting event as the FISU World University Games.

This is not the first time Angelika Timanina becomes a part of the student sports movement. In 2013, she participated and won gold in Kazan as part of the Russian synchronized swimming team. In 2014, alongside her sports performances, she has graduated from the Physical Education Institute of the Ural State Pedagogical University with distinction.